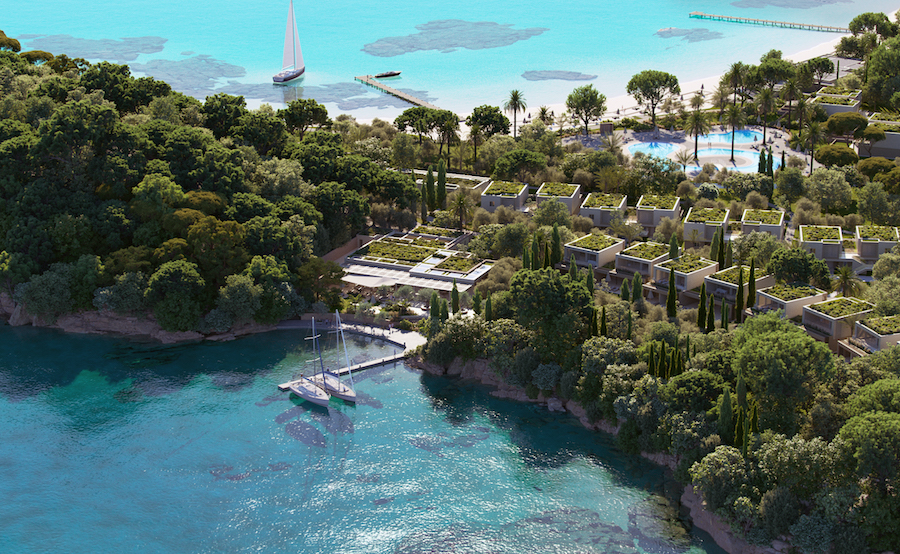 The best spas opening in Europe in 2023

We take a look at some of Europe’s best spas opening in 2023, raising the bar for health and wellbeing operators across the continent.

Wellness tourism is set to boom in 2023 and the development pipeline for Europe’s best spas opening this year will raise the bar for health and wellbeing operators across the continent.

London is the star performer with four big names opening new hotels and spas. Raffles, Six Senses and The Peninsula will open their first properties in London and in Mayfair, Mandarin Oriental will present its urban spa concept in a new hotel. The Dorchester is also expected to reveal its refurbished spa.

Further afield, Greece is set to welcome several new properties including One&Only Aesthesis and Ikos Odisia which is due to open on Corfu in May.

Six Senses Crans Montana, and Faern Hotel Crans Montana Valaisia will debut in Switzerland in February and COMO will open its second European resort property in France. Further into the Alps, The cōmodoin Bad Gastein will open in Austria in March.

Raffles London at the OWO

Raffles makes its London debut with Raffles London at the OWO. The hotly anticipated spa will feature nine treatment rooms and a separate VIP area, two couples’ suites, and beauty treatment spaces, including a barbers and salon.

The spa will host London’s first Guerlain-branded destination spa, as well as a members-only health club powered by movement specialist PILLAR. Designed by interior design studio Goddard Littlefair, the expansive spa and wellness space will occupy four levels at the heart of the grade II-listed property.

Overlooking Hyde Park Corner and Wellington Arch, the Peninsula London will bring its elegant style to central London. The newly constructed hotel has been designed in partnership with Hopkins Architects with interiors by Peter Marino, to reflect the distinctive grandeur of the neighbourhood.

Set to be one of the best spas opening this year, the facility will also include six private rooms and one couple’s treatment room where guests can indulge in spa offerings such as therapeutic massage, aromatherapy, and face and body treatments.

Due to open in London’s iconic Hanover Square in spring this year, the hotel is described as a ‘discreet, sleek and intimate’ sister property to the group’s award-winning Mandarin Oriental Hyde Park hotel.

Designed by Rogers Stirk Harbour + Partners, the group behind London icons including the Lloyd’s and ‘Cheesegrater’ buildings, and the Pompidou Centre in Paris, interiors have been created by Tokyo-based design studio Curiosity.

The spa will offer myriad of bespoke wellness treatments and feature a 25-metre indoor pool, a vitality pool, a sauna, a relaxation room and several treatment rooms.

Six Senses London will open with 110 guest rooms and suites and 14 branded residences offering access to the hotel’s facilities. Expect a cosy lobby bar and lounge, an all-day dining restaurant with an open kitchen, and a seating area in the courtyard.

Six Senses Spa promises to mirror the different energies of city life, from the sensory stimulation and movement of the street to the stillness and calm of a park. Highlights include a 325sqm fitness space, a 20-metre indoor swimming pool, the Alchemy Bar, and a relaxation room with vaulted ceilings.

On the second floor, residents and members will access a new kind of social and wellness club featuring a central bar and lounge, coworking spaces, a restaurant, and wellness and treatment rooms.

Ikos Porto Petro, the group’s second property in Spain, will open an exclusive Anne Semonin Spa offering state-of-the art facilities in spring 2023. Designed by Nimand Architects, the resort on the island of Mallorca will also boast 10 outdoor and indoor pools.

The spa will include private treatment rooms, cubo, tropical and lluvia-themed showers, an ice fountain, heated indoor pool, steam room and sauna as well as a relaxation area and contemporary fitness studio.

Opening in Q3 this year, One&Only Aesthesis will be located on the dramatic Athenian riviera in Glyfada. The collection’s first Greek resort is said to embody the glamour of 1960s and 1970s Greece.

Just 30 minutes from the centre of Athens, the resort overlooks the Aegean and is close to the natural thermal springs of Lake Vouliagmeni. Positioned on 1,600 metres of private seafront, the resort will include an exclusive beach club and a Chenot Spa, with tailored programmes and pioneering treatments scientifically designed to enhance guests’ vitality and optimum health, all year round.

This is set to be one of Europe’s best spa openings in 2023.

Six Senses Rome, the luxury resort, hotel and spa operator’s first Italian property, will open in Rome in early 2023. Housed inside a Unesco-listed palazzo in the heart of the city, the property is perfectly placed for landmarks such as the Pantheon and the Trevi Fountain.

The urban retreat will offer 96 guest rooms and suites, as well as several social spaces and a spa with five treatment rooms, including a couples suite. Other facilities include a thermal bathing circuit with a caldarium, tepidarium and frigidarium.

The wellness space is completed by a hammam, biohacking and meditation rooms, a sauna, an outdoor yoga deck, solarium, fitness centre and nail salon.

COMO is due to open its new wine estate in Burgundy in the historic Puligny-Montrachet village. Designed by Paola Navone, this launch marks the brand’s second European resort opening after COMO Castello Del Nero in Tuscany, which was also designed by the Italian designer.

Opening on February 1, this new property will bring the resort group’s unique take on wellness to the Alps. The 2,000sqm Six Senses Crans-Montana Spa includes everything you need to refresh and recover through a modern take on ancient treatments and therapies with an Alpine twist.

A vast indoor pool opens onto a courtyard planted with Birch trees and the suspended timber ceiling has been designed to lead you in one organic movement from the inside out.

7Pines Resort Sardinia is a luxury beachfront property surrounded by 15 hectares of untouched coastline and nature reserve in Baja Sardinia overlooking the archipelago of La Maddalena. Part of Destination by Hyatt, the resort opened in August 2022 and the spa is set to open its doors on April 20 this year.

The 800sqm sanctuary of wellness and relaxation will offer a series of tailormade rebalancing and reinvigorating treatments using local and natural ingredients. Inspired by the prevailing winds that blow on the Gallura coast, the spa team have also designed three bespoke Sardinian rituals; Maistràli (Mistral), Liànti (Levant) and Punènti (West wind).

Portrait Milano is a five-star luxury hotel in the centre of Milan comprising 73 suites and rooms. Housed in one of the oldest seminaries in Europe, the hotel is a member of The Leading Hotels of the World.

The wellness area, which will open in Spring 2023 will offer a spa, gym and swimming pool. Taking a holistic approach to health and wellness that combines science-based protocols with unique wellbeing, nutrition and movement programs to find the perfect balance between beauty and mental energy.

The hotel will also introduce The Longevity Suite, said to be the most advanced European Biohacking & Antiage City Clinic.

Ikos Odisia in Corfu is slated to open in May this year. With 395 bedrooms and an iconic location, protected in a secluded bay across from its sister property, Ikos Dassia, the new resort is elevated for dramatic views and landscaped vistas across the Ionian Sea.

Opening on February 1, the revitalised Faern Crans-Montana Valaisia hotel enjoys a quiet location at the Grand Signal-Bella Lui cable car, five minutes from the centre of Crans-Montana. The resort was designed by award-winning interior design studio Run For The Hills, whose previous projects include design for Hilton Worldwide, Kricket, and Bondi.

The spa will feature an extensive indoor pool with massage jets, flow river and hot and cold plunge pools. There is also an outdoor pool. The spa will also feature a sauna, steam room and relaxation room and a full menu of beauty and wellbeing treatments.

People have been visiting the town of Bad Gastein to enjoy its mineral-rich baths since the 19th century. Located 80 minutes from Salzburg in the Austrian Alps, The cōmodo, due to open in Q1, has been spearheaded by Berlin-based designer Piotr Wisniewski and owner Barbara Elwardt from the Berlin agency weStudio.

The cōmodo spa draws on these soothing qualities to create its own wellness traditions. Complete with five treatment rooms, two saunas, and an indoor and outdoor pool, the spa offers a range of considered treatments – from traditional massage and facials to concentrated plant power shots and soothing magnesium treatments.

Treatments are tailored to the individual and performed using luxury Saint Charles products and the healing properties of the Gastein thermal water.

To read the Winter 2023 edition of European Spa magazine, click below 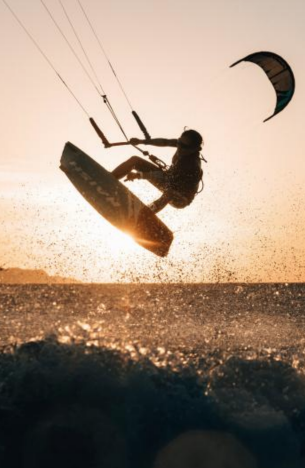 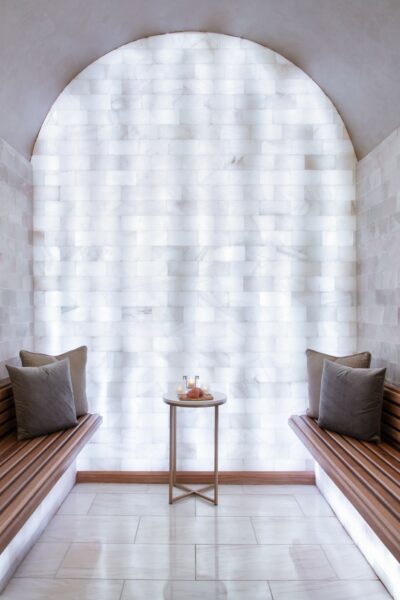 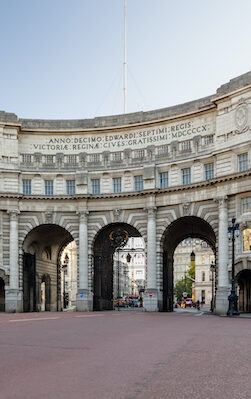 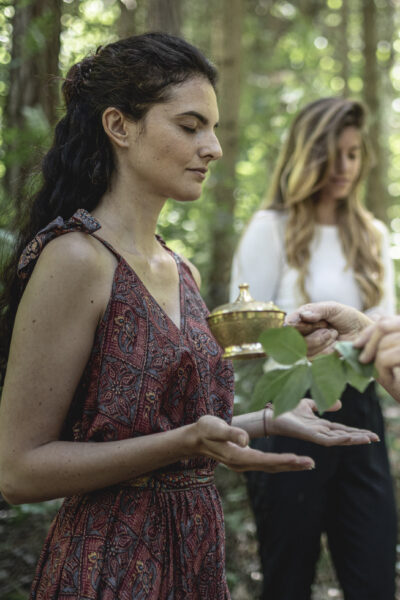